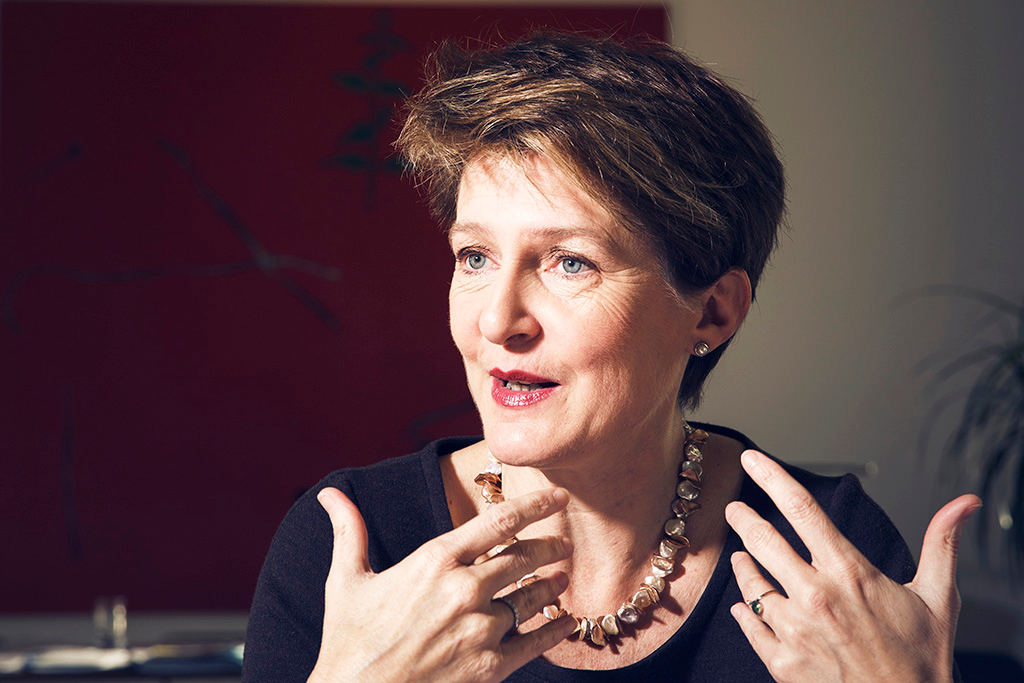 Federal Councillor Simonetta Sommaruga was born in a hospital in Zug on 14 May 1960. She grew up in Sins in Freiamt, a region in the southeast of the canton of Aargau. After obtaining her high school leaving certificate, she attended the Lucerne Academy of Music where she studied to become a concert pianist. After travelling widely across the world, she continued her pianist and educational career at the Fribourg Academy of Music.

Simonetta Sommaruga was manager of the Swiss Consumer Protection Foundation from 1993 to 1999 and president of the foundation from 2000 to 2010. She served as a local councillor to the municipal government of Köniz from 1997 to 2005, heading the fire brigade and civil protection departments.

The United Federal Assembly elected Simonetta Sommaruga as federal councillor on 22 September 2010. She has been head of the Federal Department of Justice and Police since 1 November 2010.

On 3 December 2014, the Federal Assembly elected Simonetta Sommaruga as President of the Swiss Confederation for 2015.

Mrs. Sommaruga is married to the writer Lukas Hartmann. In the winter she devotes her free moments to playing the piano and reading books of fiction. In summer, she loves spending time in her garden and hiking in the mountains.

Following her appointment as Federal Councillor, Simonetta Sommaruga resigned from all offices.